This is a game system for the Cypher System family of games (Cypher System, Numenera, The Strange, Predation, Unmasked, Gods of the Fall, Vurt, Shotguns & Sorcery) by Monte Cook Games.

At its core, this system is just a rather simple digital character sheet. Included are dice macros for the usual rolls in Cypher games. Macros allow for customization of the macro bar and even customization of the macros themselves to use the Cypher system exactly like you need. This allows players and GMs to use any rules interpretation and house rule they could use at a physical table. If you can do it at the table, you can do it with this system. In addition, a pre-made tabletop scene and some tokens that can be used as markers are included in the system, so that your game is ready in a few minutes.

The Cypher FVTT Dev Discord is where the development of the system is coordinated and its future discussed, but anyone is welcome to join and share best practices, ask questions on how to use the system, and share self-created resources for your games.

You can also reach me on the official Foundry Discord or via Discord DM: @mrkwnzl#7407.

Last, but not least, you can ask questions, file bug reports, and request features on GitHub.

Buy Me A Coffee

If the Cypher System for Foundry VTT makes your games more accessible and fun, I’m grateful for a coffee: 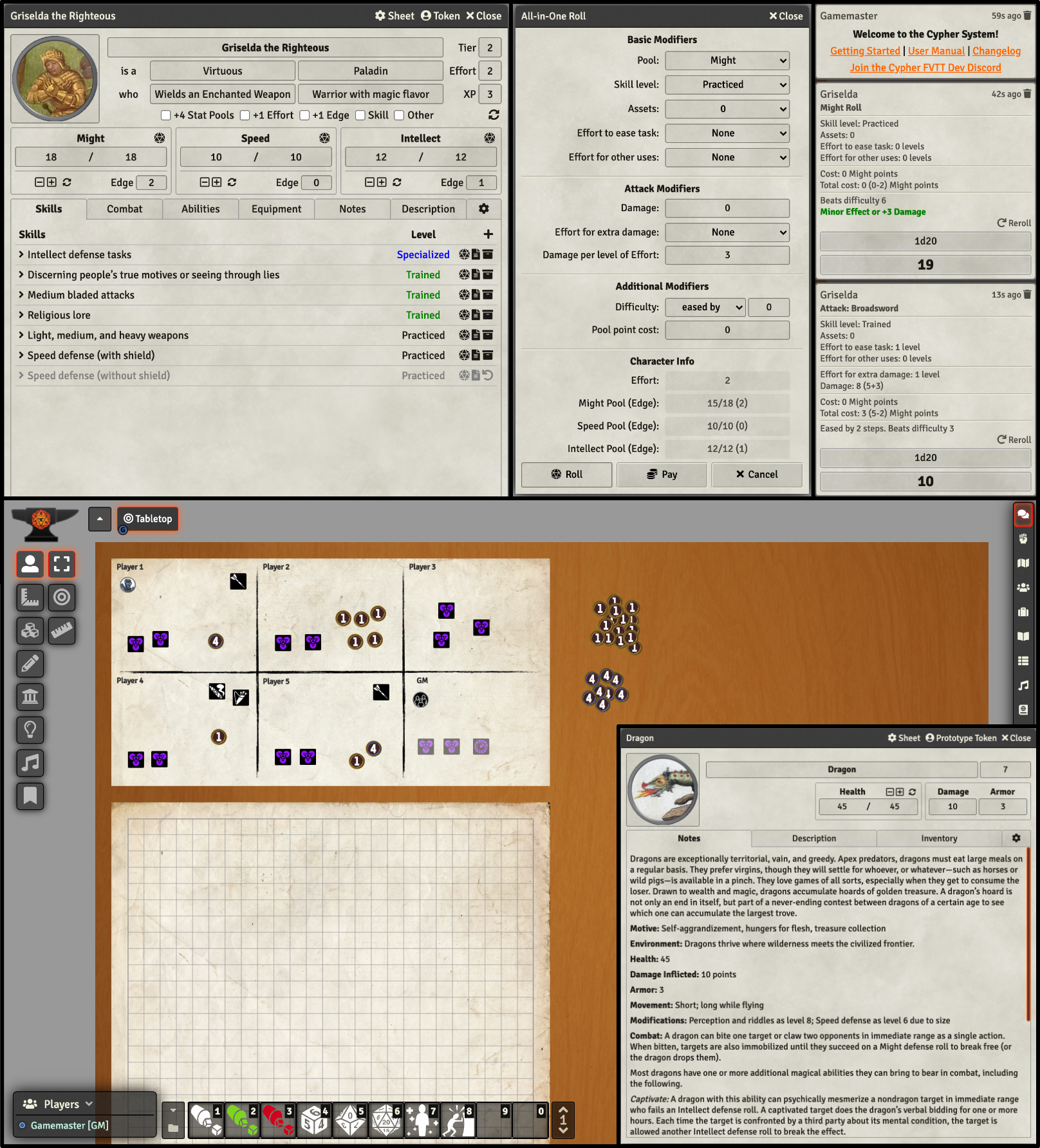