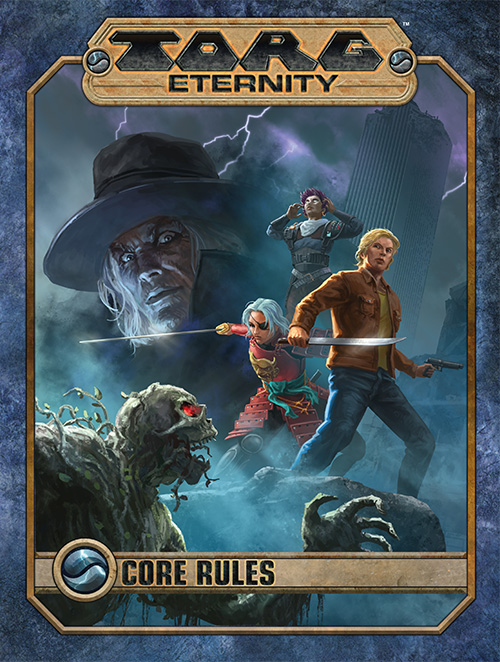 THE STORM HAS A NAME... The "High Lords", cruel tyrants from other realities have joined together to conquer Earth and steal its living energy: its Possibilities!

Where they invade the world changes, forming realms governed by the rules of alien realities. But Earth is not defenseless against this onslaught. Some heroes absorb the raw Possibility Energy the High Lords covet and become „Storm Knights" beings who can bend reality to their will. They use magic, technology, miracles, and even super powers against the High Lords and their endless minions.

The Delphi Council needs you, Storm Knight, to protect our reality and fight back against the High Lords!

Experience the RPG classic system in its most modern form, making playing the game even easier you and your players.

Requires the TORG game system available for free at: https://foundryvtt.com/packages/torgeternity