Very Tiny Module that lets you easily place coloured dots on tokens to keep track of, well, whatever you want.

The module requires the PF2E system and a Foundry version of V9 or higher.

The effects do not need to be exported from compendiums to the items tab. Instead, You can use the provided macro while having a token selected to open the ChoiceSet dialogue, allowing you to select any of the provided effects while only using one macro slot. Remove the effect from the effects tab or the effects bar at the top right.

The effects include no automation. They are purely visual indicators for whatever you want them to mean.

Macro opens easy dialogue to pick color (You can also hover over a token without selecting, and then press the macro hotkey!) 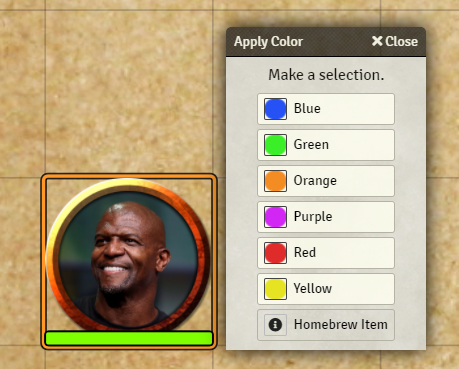 All Colors included in the module 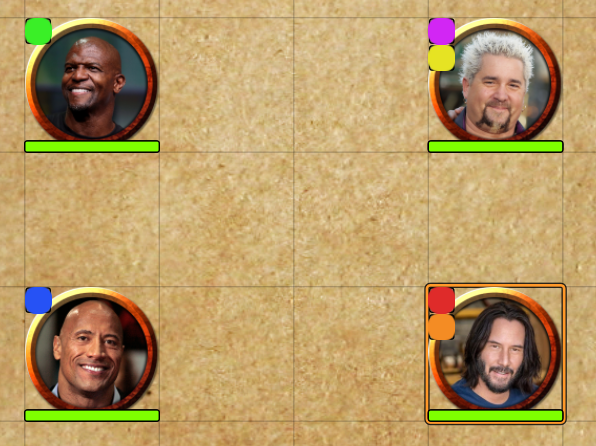 Version 1.1.0 adds "Apply Number" Macro, which lets you add and remove a number from 1-9 on the token

Version 1.2.0 adds "ColorCounter" Macro, which combines the powers of colors and counters to let you place a number with a colored background

Version 1.3.0 adds "Action Tracker" Macro, which has icons for the Aid, Delay and Ready actions

Version 1.4.0 adds "Reaction used" Macro, which lets you track which actors have used their reaction. Do note that while it has a duration of one round, it does not get automatically removed at the start of the actor's turn, this requires the macro to be run again. (You can also give players observer permissions to this macro so they can add and remove this effect on their own tokens.)

Version 1.5.0 Adds 2 more "Reaction Used" Macros, one with the number "2" to track various second reactions some Classes/Archetypes grant, and one with a Shield to track Quick Shield Block

Version 1.6.0 Adds "ExpandedCounter" Macro, which lets you place a number from 0-99 on a token.