This Foundry VTT module replaces the default combat tracker with one made specifically for the Cypher System.

PC combatants have a green background in the Combat Tracker.  You have access to all three pools (Might, Speed, Intellect) plus two extra buttons to apply the Impaired and Debilitated conditions in the Damage Track. The pool inputs accept + and - signs to add or subtract points.

All other combatants are color-coded per their token disposition: Friendly (blue), Neutral (yellow), and Hostile (red): 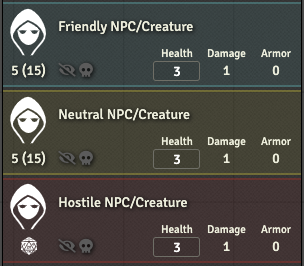 And each actor type has specific inputs: 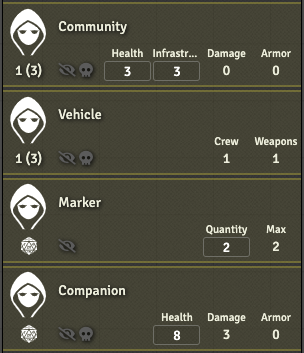 This module maintains all core Foundry's combat functionalities with a couple of small changes:

The Cypher System game terms and any material owned by Monte Cook Games is used in accordance with the Fan Use Policy.