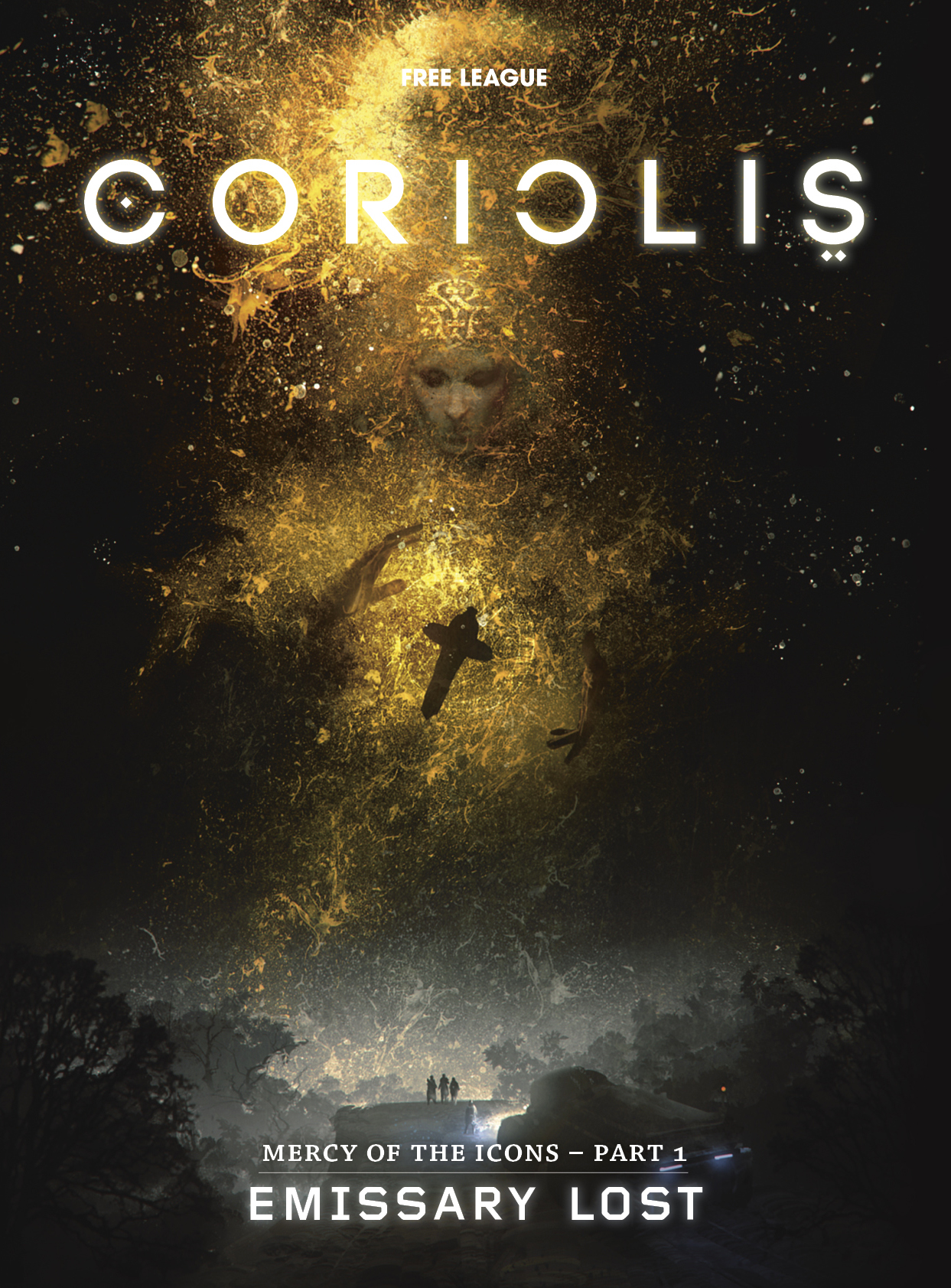 Street reporters call it The Mysticides. Scores of mystics have been found dead, or disappeared without a trace. Who is hunting the mystics of Coriolis? And why? When a friend of the player characters disappears, it becomes personal. Can they solve the mystery before it is too late?

Emissary Lost is the first part in the epic Mercy of the Icons campaign for the award-winning Coriolis – The Third Horizon roleplaying game. The struggle for the Horizon has started – only the Icons themselves know how it will end. This module contains:

This module is to be used with the Coriolis System.