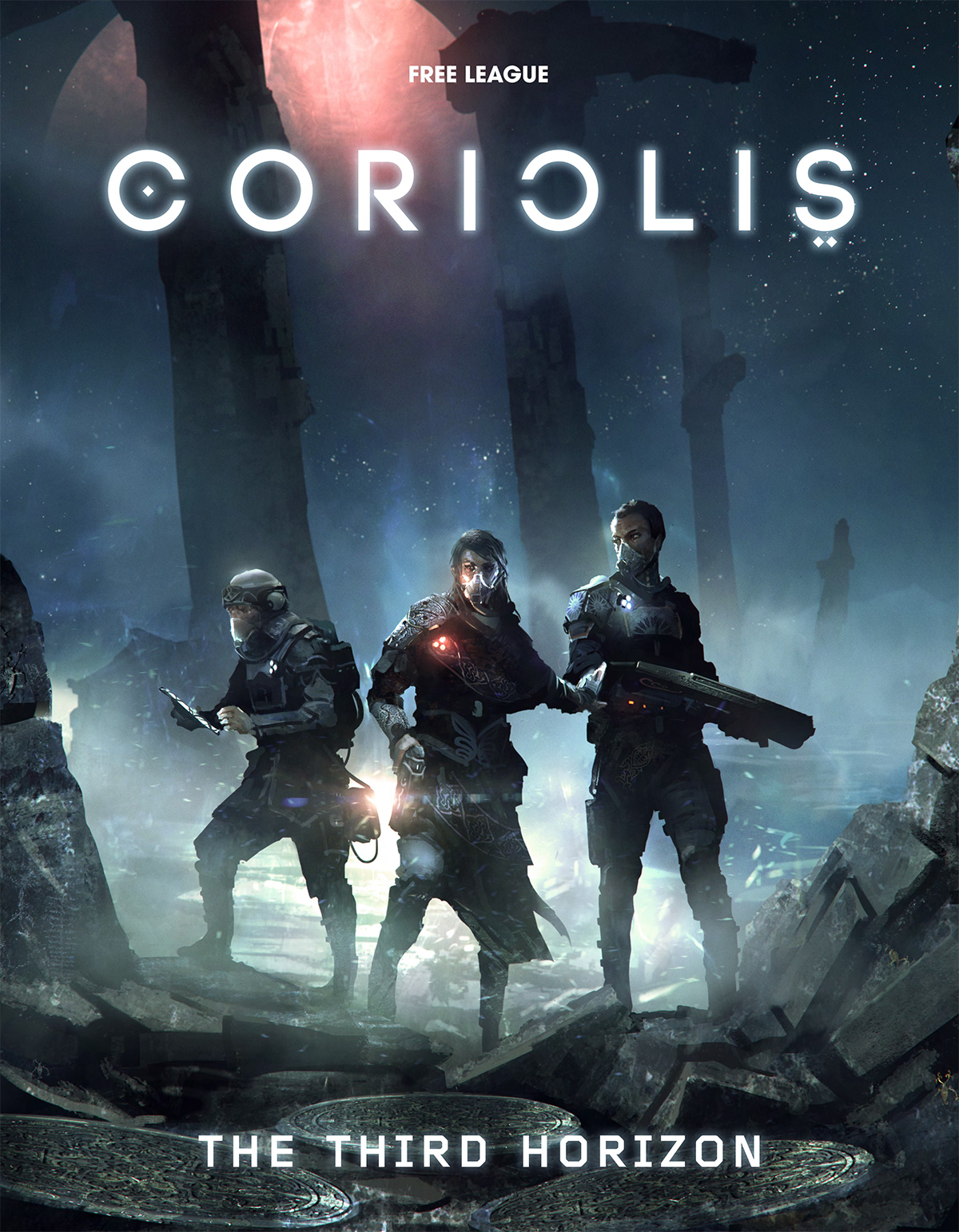 Coriolis – The Third Horizon is a science fiction role playing game set in a remote cluster of star systems called The Third Horizon. It is a place ravaged by conflicts and war, but also home to proud civilisations, both new and old. Here, the so called First Come colonists of old worship the Icons, while the newly arrived Zenithians pursue an aggressive imperialistic agenda through trade and military power.

In this game, you will crew a space ship and travel the Horizon. You will explore the ancient ruins of the Portal Builders, undertake missions for the powerful factions and partake in the game of political intrigue on Coriolis station – the centre of power in the Third Horizon. You might even encounter strange beings from the Dark Between the Stars.

Coriolis – The Third Horizon was awarded the ENnies Judges’ Spotlight 2017 and is produced by the makers of critically acclaimed Mutant: Year Zero (six-time nominee and winner of a Silver ENnie for Best Rules 2015). Features:

This module is to be used with the Coriolis System.