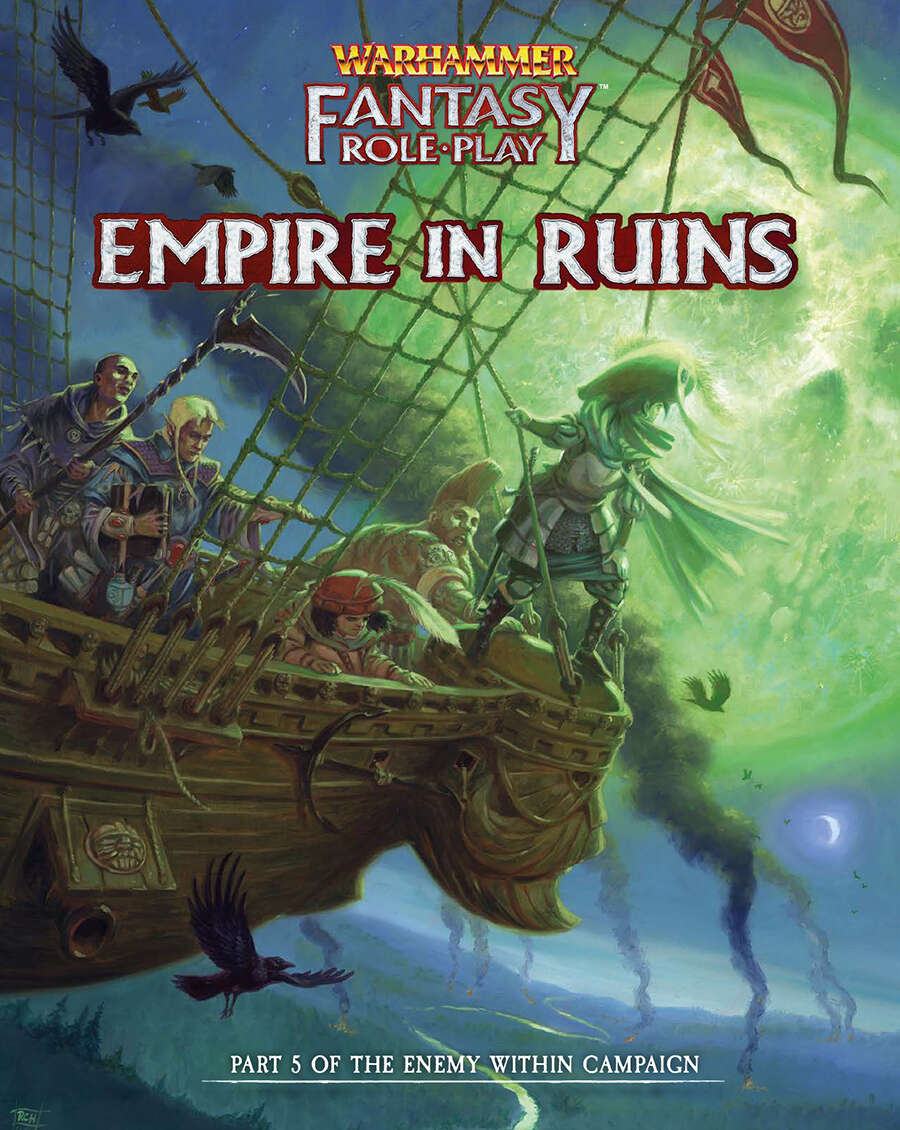 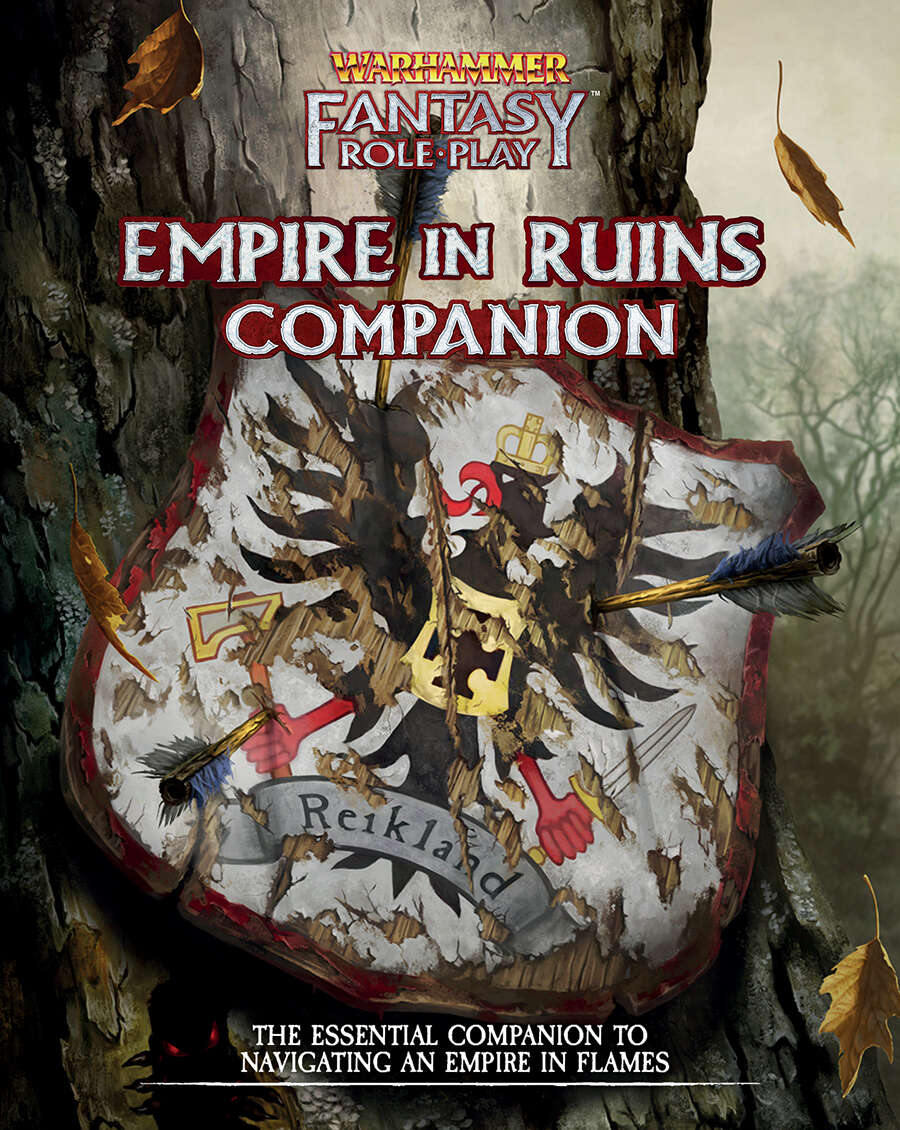 ‘I saw a blasphemous city coming down from the heavens and as it descended, the people cried out in woe! I saw death, madness, and transformation as the Exalted Lord brought his Master’s realm to the Crown of the Empire.’

Empire in Ruins is the fifth volume of the revised and updated Director’s Cut of The Enemy Within, one of most highly regarded roleplaying campaigns ever written. After the events of The Horned Rat the heroes have won the respect and trust of many in Middenheim, but before they can capitalise on their renown the Empire descends into the turmoil of civil strife.

In the final part of the five-part series of grim and perilous Warhammer Fantasy Roleplay adventures, a number of threats that the Characters may have thought far behind them reassert their influence. Icons of authority and leadership are found wanting, and the greatest nation in the Old World appears destined to shake itself to pieces. Only by undertaking a dangerous journey can the Characters prevent the ruination of all they hold dear.

The Empire in Ruins Companion

The Empire in Ruins Companion is the fifth and final of our five-part series of companion volumes to the Enemy Within campaign. The essential companion to campaigning in a shattered Empire is packed with supplementary material to not only expand Empire in Ruins but also provide an indispensable guide to any WFRP games set within the fractured nation.