Archives of the Empire: Volume 2 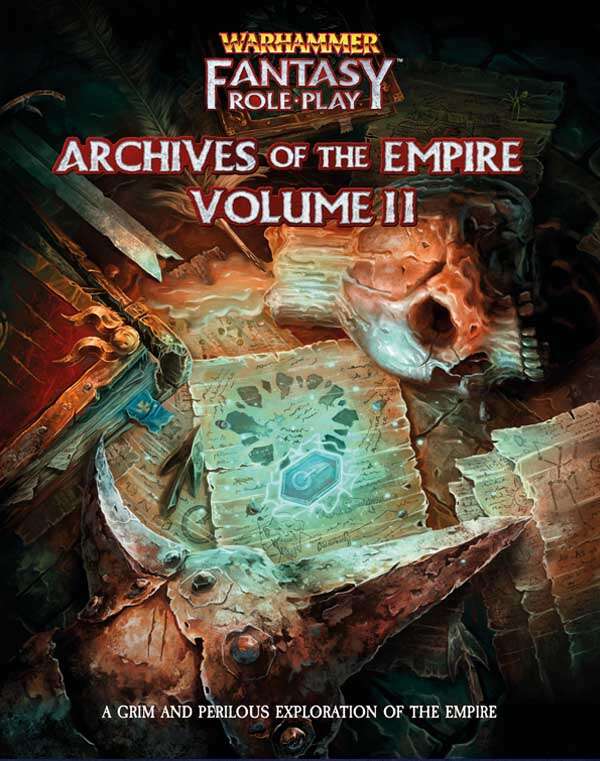 Just North of Altdorf, not far from the village of Frederheim, the cult of Shallya maintains a Hospice. Behind its imposing walls, troubled souls receive succour, and a lucky few find respite.

One of its denizens, the ‘Lady’ Isabella, worries her carers. Her quill is ceaseless, though few can say what she writes. Despite the best efforts of the hospice staff, strange missives continue to appear in her room. Could there be some truth to her claim that she is collating a truly wondrous collection of writings?

Surely it can not be the case that she is who she claims to be — one Princess Isabella von Holswig-Schleistein, sister to Emperor Karl-Franz I. Some are beginning to wonder…

Welcome to Archives of the Empire: Volume II. A fascinating and diverse collection of articles on topics that cover the length and breath of the Old World. This second volume focuses on those towering walls of muscle and fat, the Ogres, who hail from the Mountains of Mourn but make their home across the Empire and indeed the world. Volume II details new locations, careers, and NPCs perfect for inclusion in your next WFRP adventure.

Archives of the Empire II includes:

Archives of the Empire II provides another varied collection of excellent and entertaining expansions to any gaming table. Packed with lore, NPCs, and exciting adventure hooks, this collection will kickstart your next adventure in Warhammer Fantasy Roleplay!