Adds music playing powers to FoundryVTT like it's a gosh-darn video game.

Once music managed by this module is playing again after being interupted (by combat, for example), it will resume at its last position.

For actors, their music is located on their titlebars.

Clicking this should open the following window: 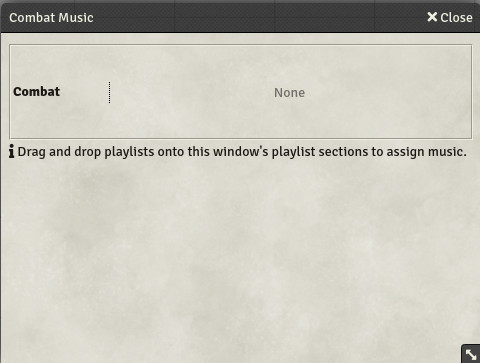 Drag and drop a playlist from the sidebar to the Combat field, and it should now should something like the following: 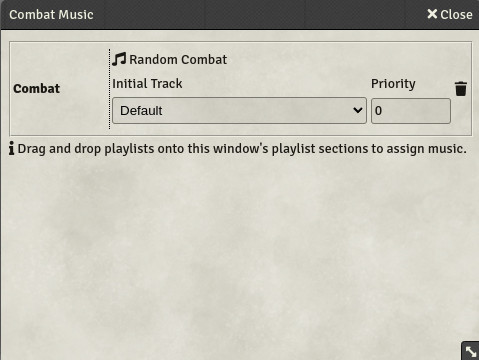 Optionally, select a specific track for the playlist to start.

For scenes, their music is located within the following section: 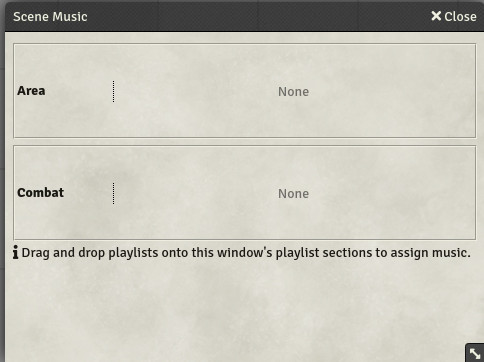 Clicking this button should open the following window:

To add a playlist, drag one from the sidebar onto the appropriate field.

Area music and combat music can be supressed individually by using the following buttons on the sidebar panel: