This is a package for Foundry Virtual Tabletop allowing you to play the role-playing game  Spire, published by Rowan, Rook and Decard.


The package includes a character sheet as well as an automated roll system.

Once the package is installed, a new button appears in the scene controls:

Clicking on it will display the roll window:

Right now, this package is lacking some features. I plan to include them in future releases. Here's a detailled list: 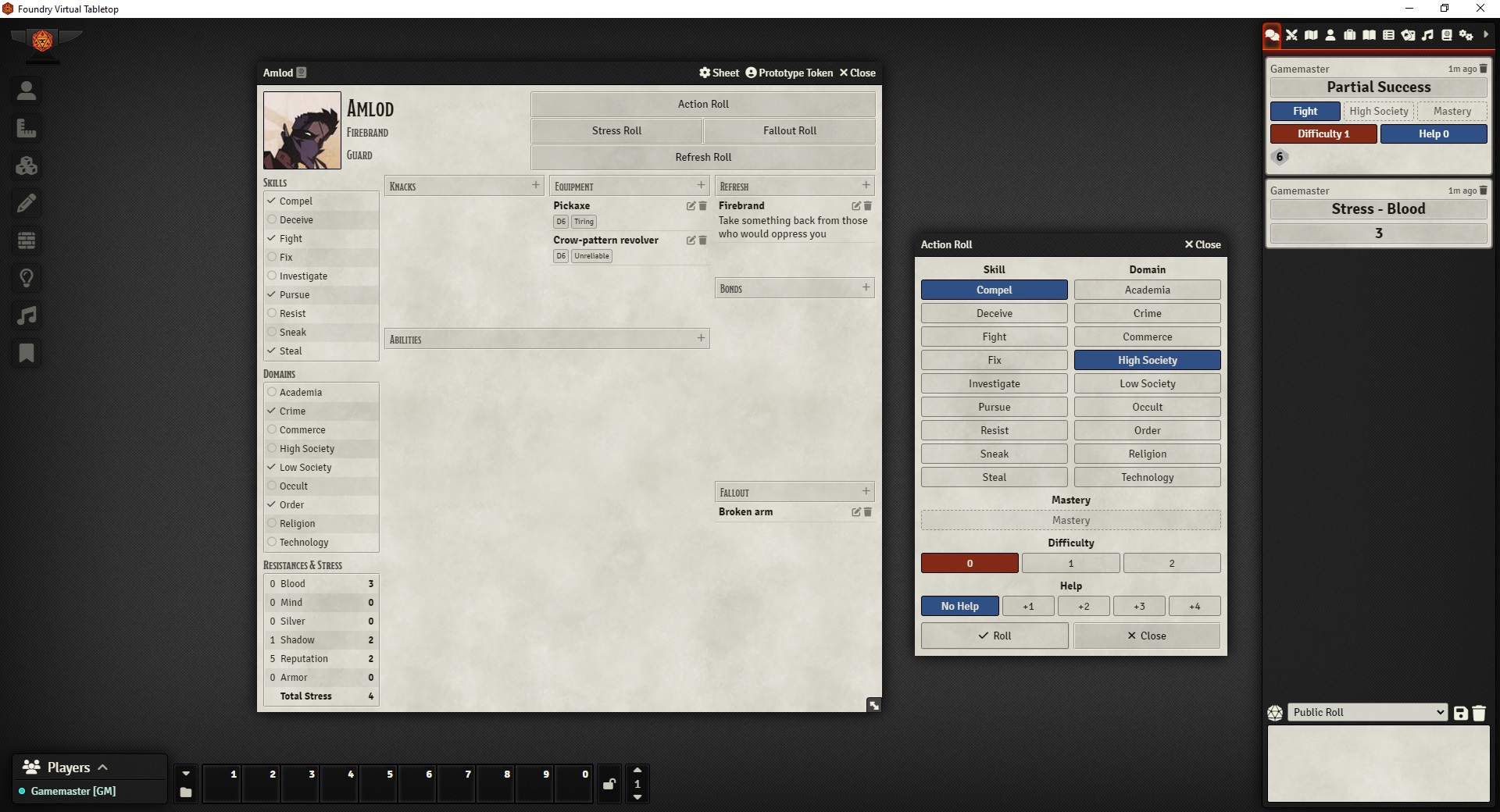 The following languages are available at the moment:

All are based on official translations.