An implementation of the Open Legend RPG system.

Open Legend is a tabletop roleplaying game in which the players play the part of mighty heroes and wicked villains in order to tell stories of epic proportion. In each game of Open Legend, the intrepid characters will fight mythic beasts, break ancient curses, unravel mysterious enigmas, discover treasures untold, and more.

Open Legend is designed for players who want enough rules to make a game fair, but not so many that the rules interfere with the fun or imagination. Open Legend provides a way to make sure that the game is balanced while adjusting the story of character abilities on the fly. The rules should be robust, but their only value is in telling a story.

For example, Open Legend’s streamlined systems for secondary effects (banes) and multi-target attacks mean that all characters use the same mechanics to craft unique attacks. In a fantasy campaign, an elemental mage might blast a fork of lightning to damage and stun his foes. A star trooper in a far future campaign might shoot an energy beam to create the very same effect. The rules for both attacks are the same regardless of the story you are using the mechanics to tell. 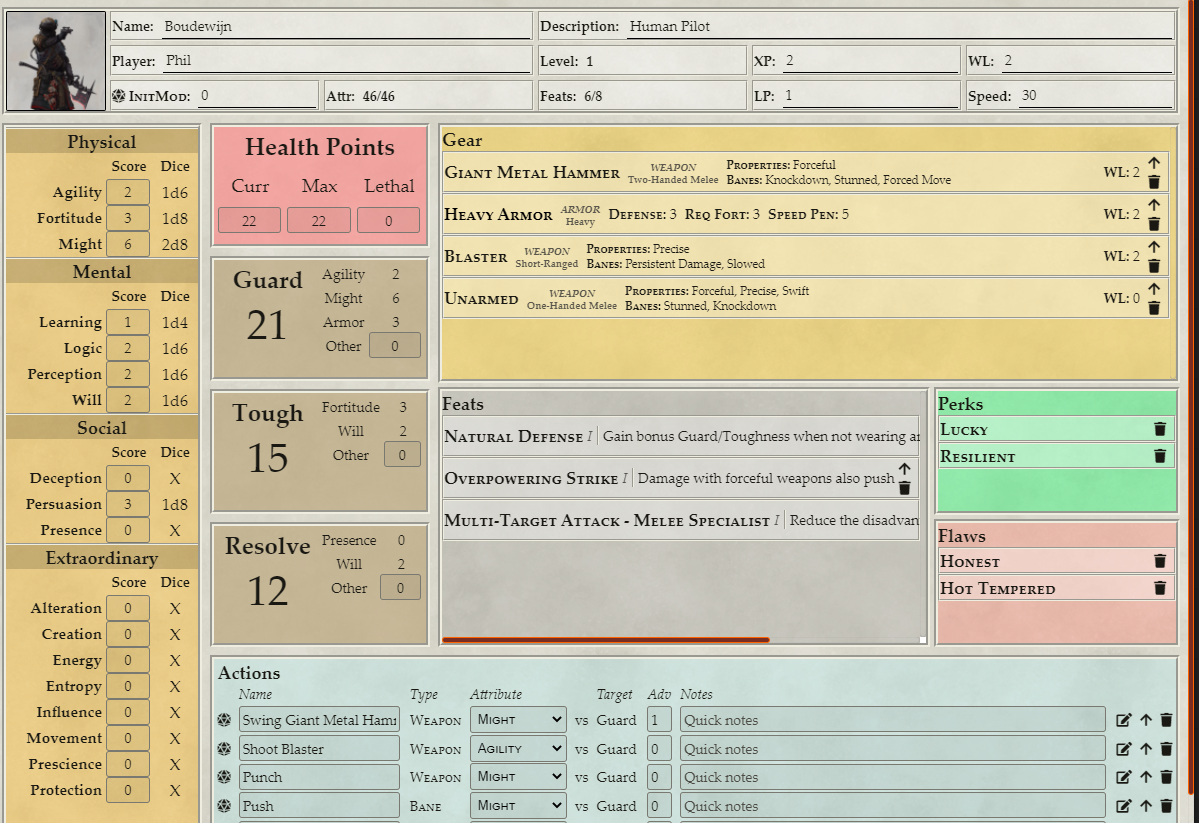 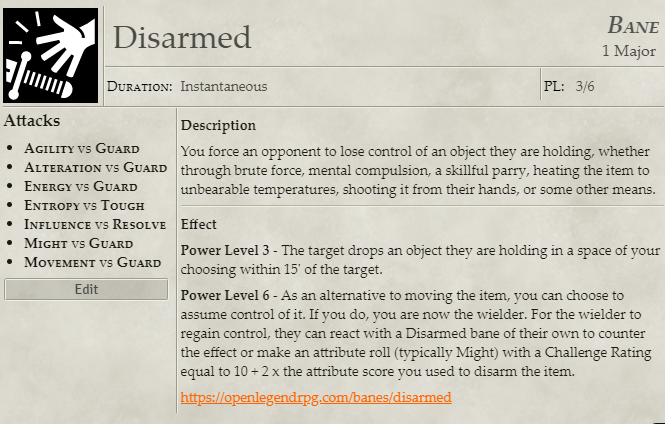