This is a module for Foundry VTT that offers a tool for handling mob attacks in the dnd5e system. The focus lies on offering GMs and players accessible and flexible tools to speed up large combat encounters. This module supports use of the Dice so Nice!, Better Rolls for 5e, Midi-QOL, Grouped Initiative and Automated Animations modules.

After activating this module, a new button appears in the token controls bar. By default this button is only visible to users with the GM role, but this can be changed in settings. To begin using Mob Attack Tool, make sure you have at least one token selected before you click the button.

A dialog window will appear, populated with the weapon options of the selected tokens along with their respective attack bonuses and a checkbox. Tick the checkbox of the weapon(s) you want to use for the mob attack. It's recommended to also target the tokens that you want the attacks to land on. You can switch to the "Targets" tab to decide which target receives which attacks. The dialog window will keep updating as you select and/or target tokens.

Once you're done with selecting weapons and targets, you should click on the Mob Attack button at the bottom of the dialog window. Doing so will then send a message (by default to the GM) with the mob attack results. Furthermore, the weapon item is rolled the number of times that an attack would hit. 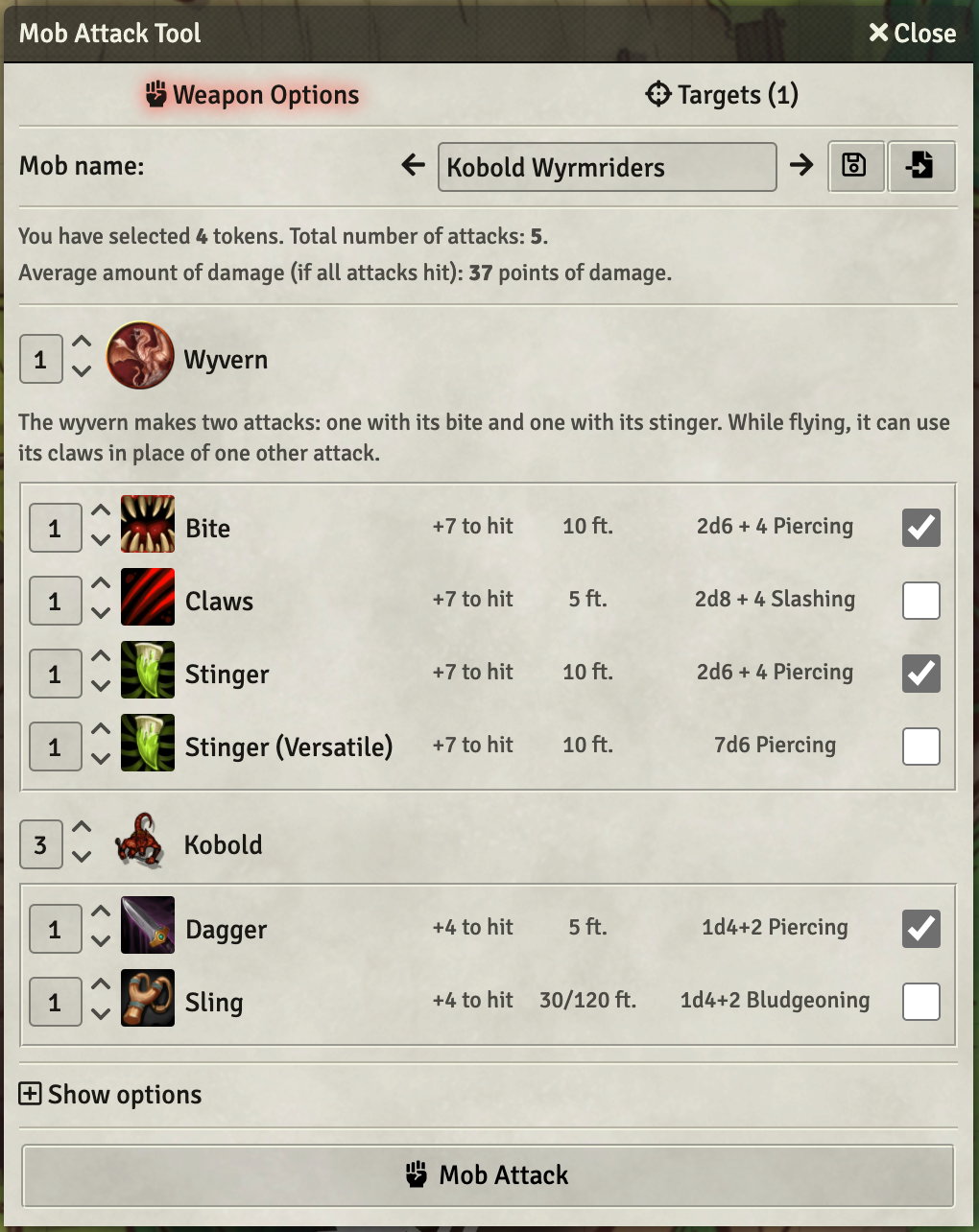 For more examples and information, check out the project page on Github (especially the release notes).