Ominstru is a remote struggling manor, saddled with debt and disrepair, plagued by bandits and secretly armed serfs, with a neglectful lord preoccupied with his hobbies.

Ominstru Manor is a "Location Module" for the Foundry VTT system. This location module is designed to depict the Ominstru Manor in the far north of he Kingdom of Kaldor, on the island of Hârn in the HârnWorld fantasy setting; however, this manor could be adapted to exist anywhere in any fantasy setting.

Map of Ominstru Village, including the manor. 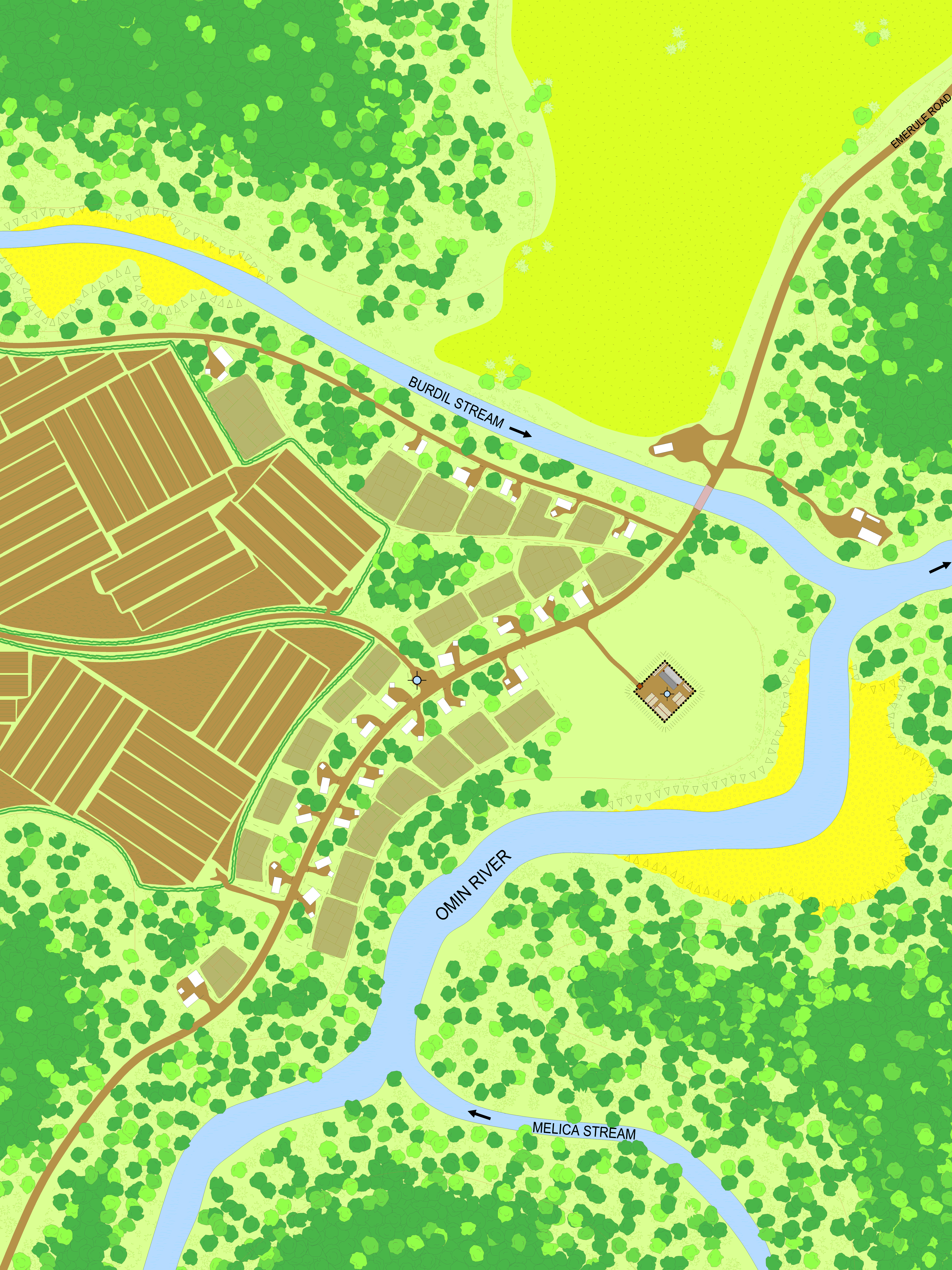 This module is made possible by the hard work of HârnWorld fans, and is provided at no cost. This work is an adaptation of the article for Ominstru Manor described in Fethael Hundred Manors available at the HârnWorld fan site Lythia.com.