Lethyl is a prosperous, if slightly rustic, Laranian abbey dedicated to Saint Syrele. It is bordered by the dark Kirsta Forest on the northern border of Fethael Hundred. It is two and a half leagues from the town of Getha and the Silver Way.

Lethyl Abbey is a "Location Module" for the Foundry VTT system. This location module is designed to depict the Lethyl abbey in the far north of the Kingdom of Kaldor, on the island of Hârn in the HârnWorld fantasy setting; however, this manor could be adapted to exist anywhere in any fantasy setting.

Map of Lethyl Village, including the abbey. 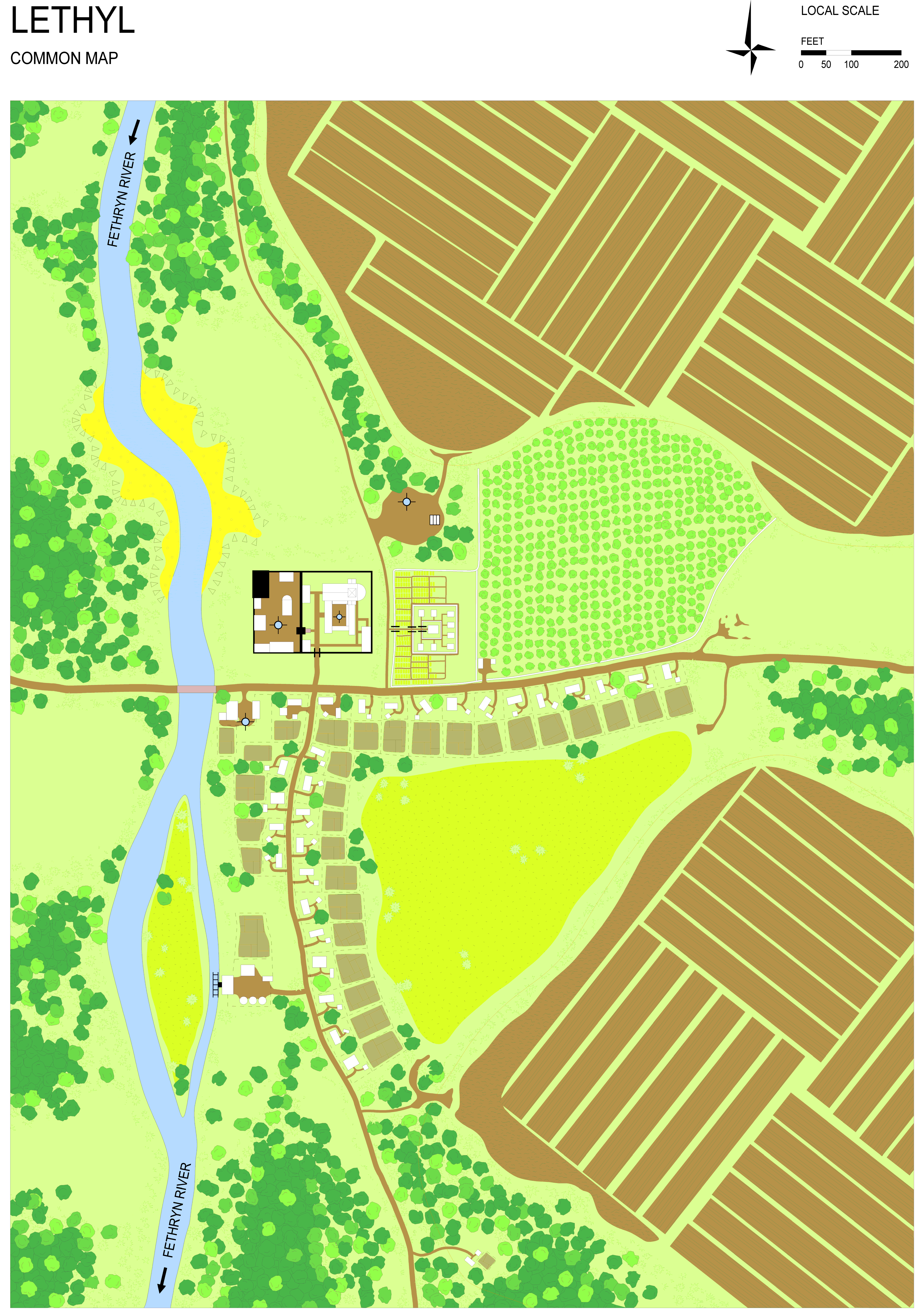 This module is made possible by the hard work of HârnWorld fans, and is provided at no cost. This work is an adaptation of the article Lethyl available at the HârnWorld fan site Lythia.com.

With Thanks To Kerry Mould and Allan Prewett

Some assets used to create the maps in this module are from Forgotton Adventures.