This is an unofficial version of the Mausritter RPG system, which is the property of Isaac Williams & Losing Games.

Character, Creature, and NPC sheets were built to resemble the standard print sheets.

Inventory is handled through item cards, which can be moved around freely, moved between sheets, or copied with CTRL+Drag.

Cards are styled to resemble the official game cards, with automated rolls, usage dots, and more being included.

Every Item, Weapon, Condition, and Spell from the game has been included inside of the system's compendiums.

Have a cart, chest, bank, etc that players want to store items in? Or maybe you have a treasure horde that you want to allow players to peruse through. You can create 'Storage' actors with adjustable slot counts.

For items, you can simply drag them into the hotbar, or use this script:

For Skills, create a new macro with this 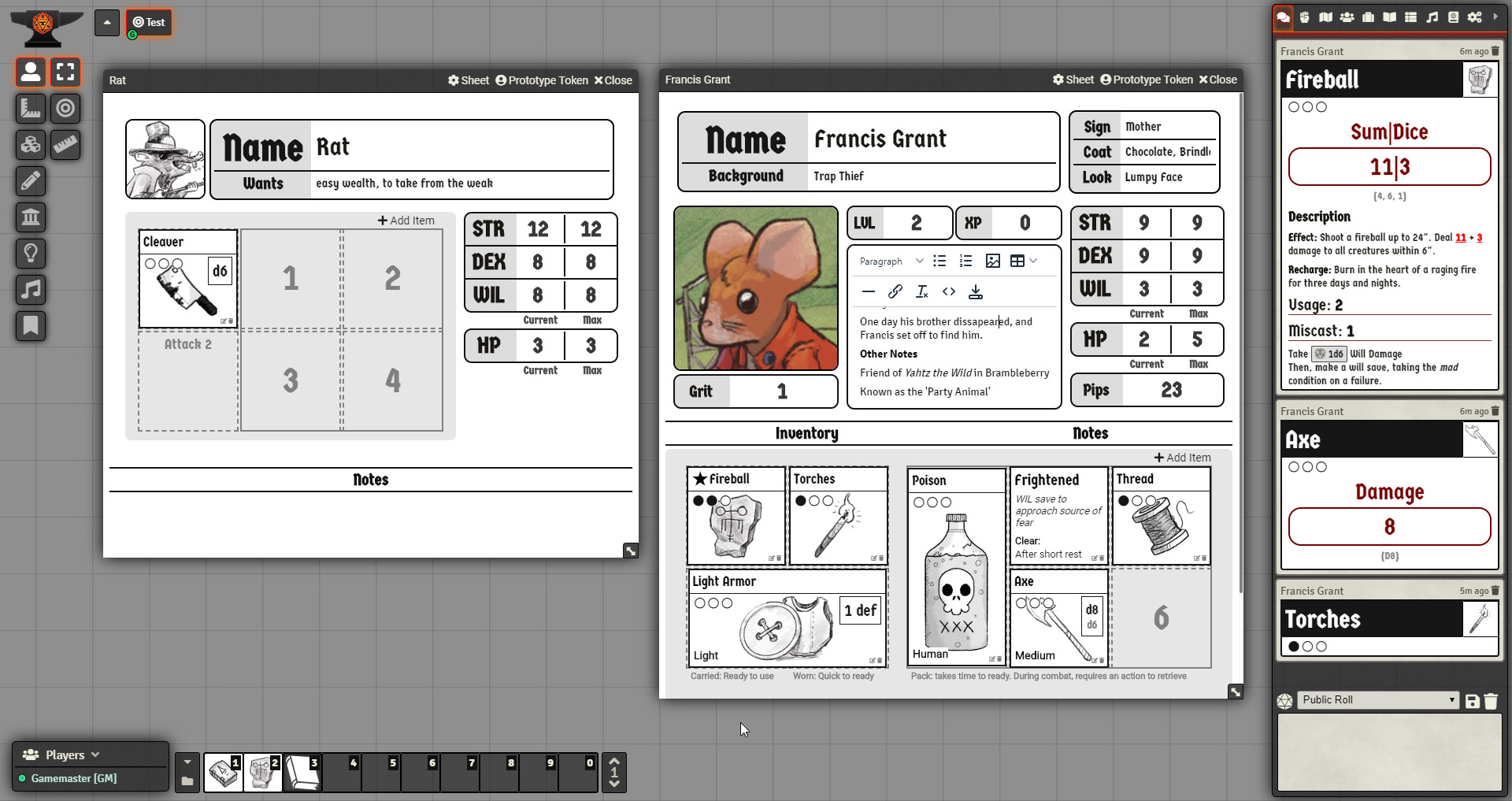